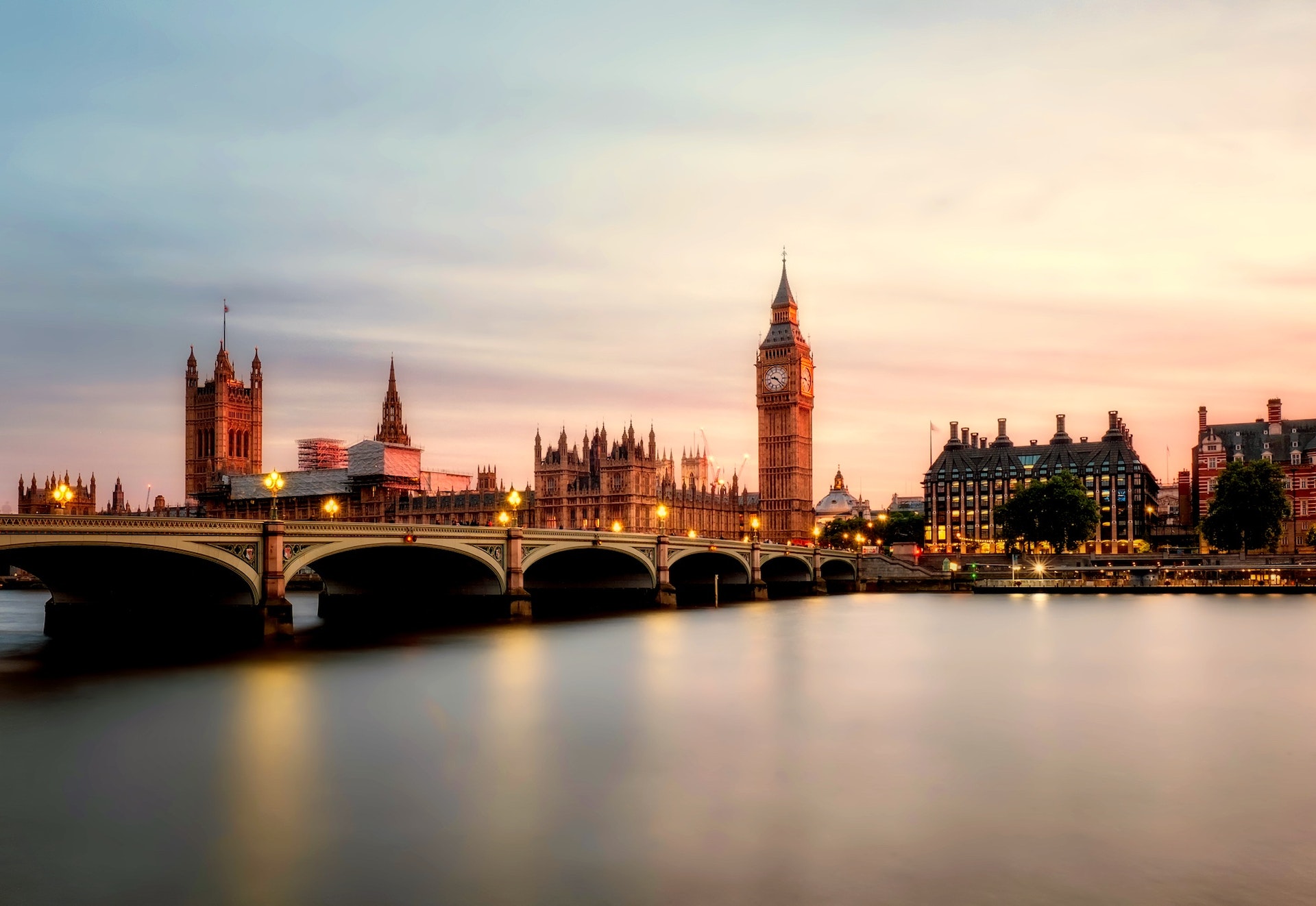 England, along with Wales, Scotland, and Northern Ireland, makes up the United Kingdom. England is both the economic epicentre and most visited country in the UK. It enjoys visits from both domestic and overseas travellers and is home to some of the most popular destinations such as London, the most visited city in the UK.

What are the Top 10 Airbnb Markets in England?

England may be but a fraction of the size of the US but it’s still got it all, from action-packed metropolises like London, lush English countryside, beautiful shorelines and charming seaside towns, gorgeous lakes and mountains, a multitude of art from museums to the streets, Michelin starred restaurants and iconic fish and chips, amazing architecture, national parks, music festivals, gardens libraries, quintessential English villages, and a heady sense of history and English charm wherever you are.

Despite the slower resumption of travel to the UK and other parts of Europe, England recorded 5.77 million visitors in 2021, accounting for £5 billion in spend. There is still a lot of catching up to do to reach pre-COVID numbers however, with 36.1 million overnight trips from overseas visitors recorded in 2019, and 99.1 million domestic overnight trips. 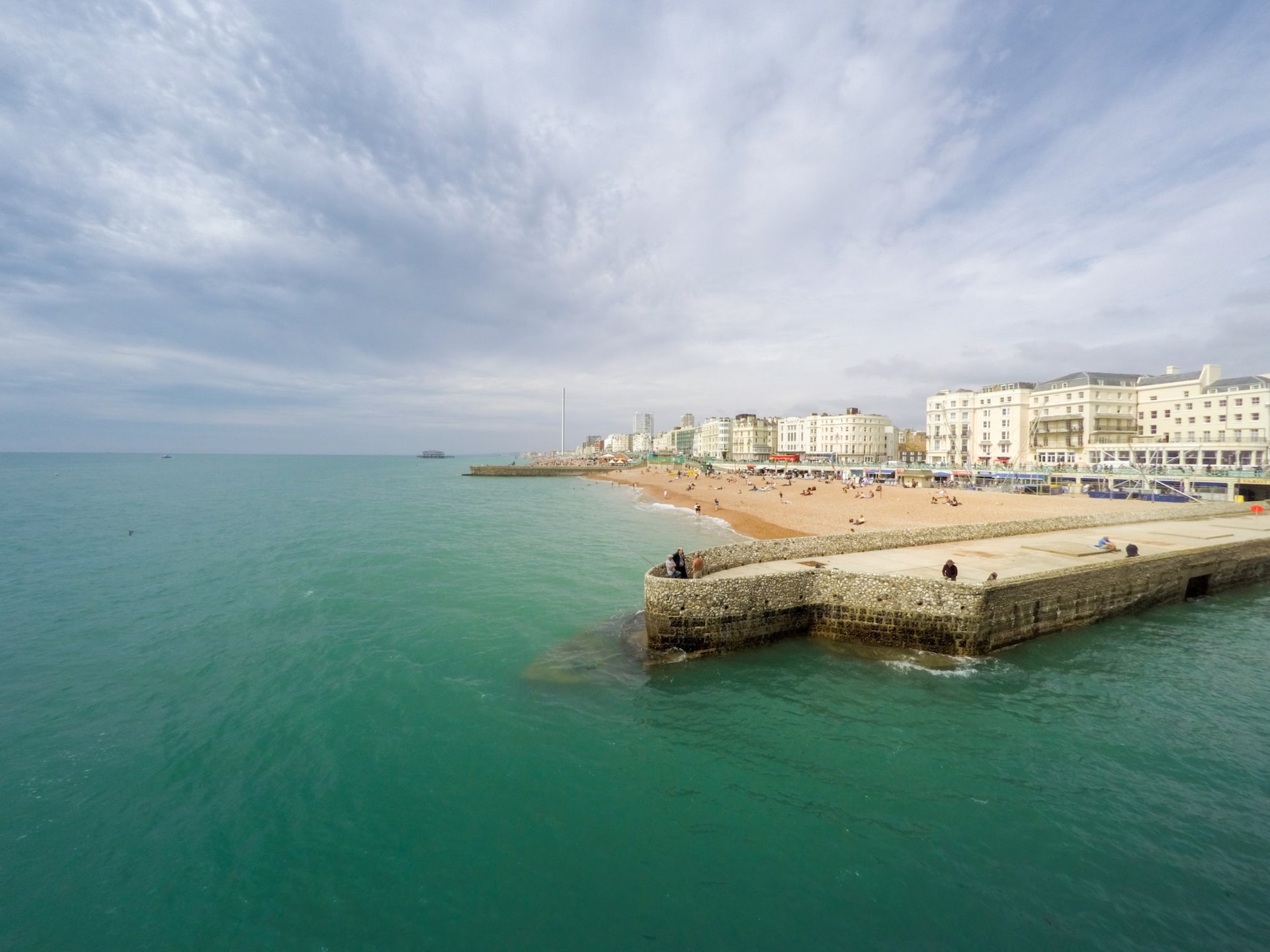 Better known as Brighton, the city of Brighton and Hove is a beautiful English seaside town in the heart of Sussex, full of lively pubs and traditional English fish and chips. Its Churchill Square is a well-known shopping haunt while its historic Royal Pavilion estate hosts a year-round schedule of music, dance, and theatre performances. The city is made for Airbnb Experiences, from narrow lanes made for strolling, wonderful tea shops, giant street art and murals, and amazing culinary offerings including vegetarian Sunday roasts. The famous Brighton beaches, editorialised in many a novel, have pebble stones instead of sand while Brighton Pier, like its counterpart in Santa Monica, offers plenty of fun-filled activities for the whole family.

According to Visit Brighton, 1.6 million overnight tourism trips were made to Brighton and Hove in 2019; 76% of trips were by domestic visitors. A total of 5.2 million bed nights were recorded that year. Over #500 million is estimated to have been spent by overnight visitors of a total of over £940 million. Seven-five percent of visitors travelled to Brighton for holiday while 9% visited for business.

According to 2022 AirDNA data for Brighton and Hove: 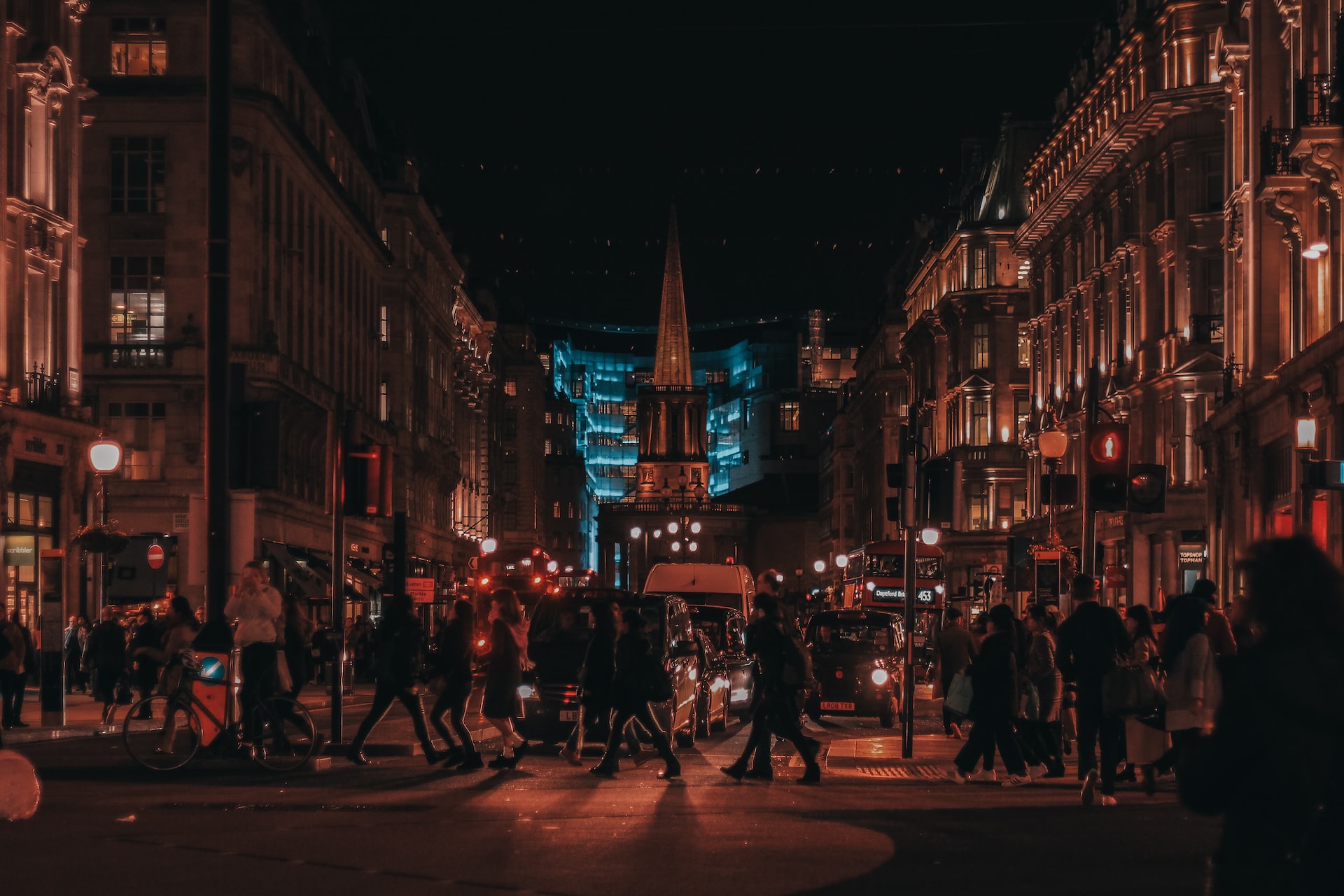 London is a world-renowned, truly iconic city bursting at the seams with great art, fantastic food, amazing fashion, crème de la crème of theatre and music, renowned nightlife, global business, and so much more. For architecture enthusiasts, the city offers much, from the Brutalist Barbican to the Baroque Christ Church and the Gothic Revival St Pancras train station. For sports tourists, there is Wimbledon, Wembley, Twickenham, and the Lord’s. From the British Museum and the Tate Modern to the National Portrait Gallery and Wallace Collection, there is plenty for those looking to soak up culture. Meanwhile, fast fashion abounds in the High Street while custom tailoring can be had at Saville Row. And despite Brexit, London continues to attract corporate travel, particularly of the high-end kind.

London also acts as a gateway to the rest of the UK. Fifteen percent of visitors to the UK visit London, 71% of first-time holiday visitors to Britain will visit the city, and London’s Heathrow and Gatwick airports account for a significant majority of international air travellers to the UK.

According to July 2022 AirDNA data for London: 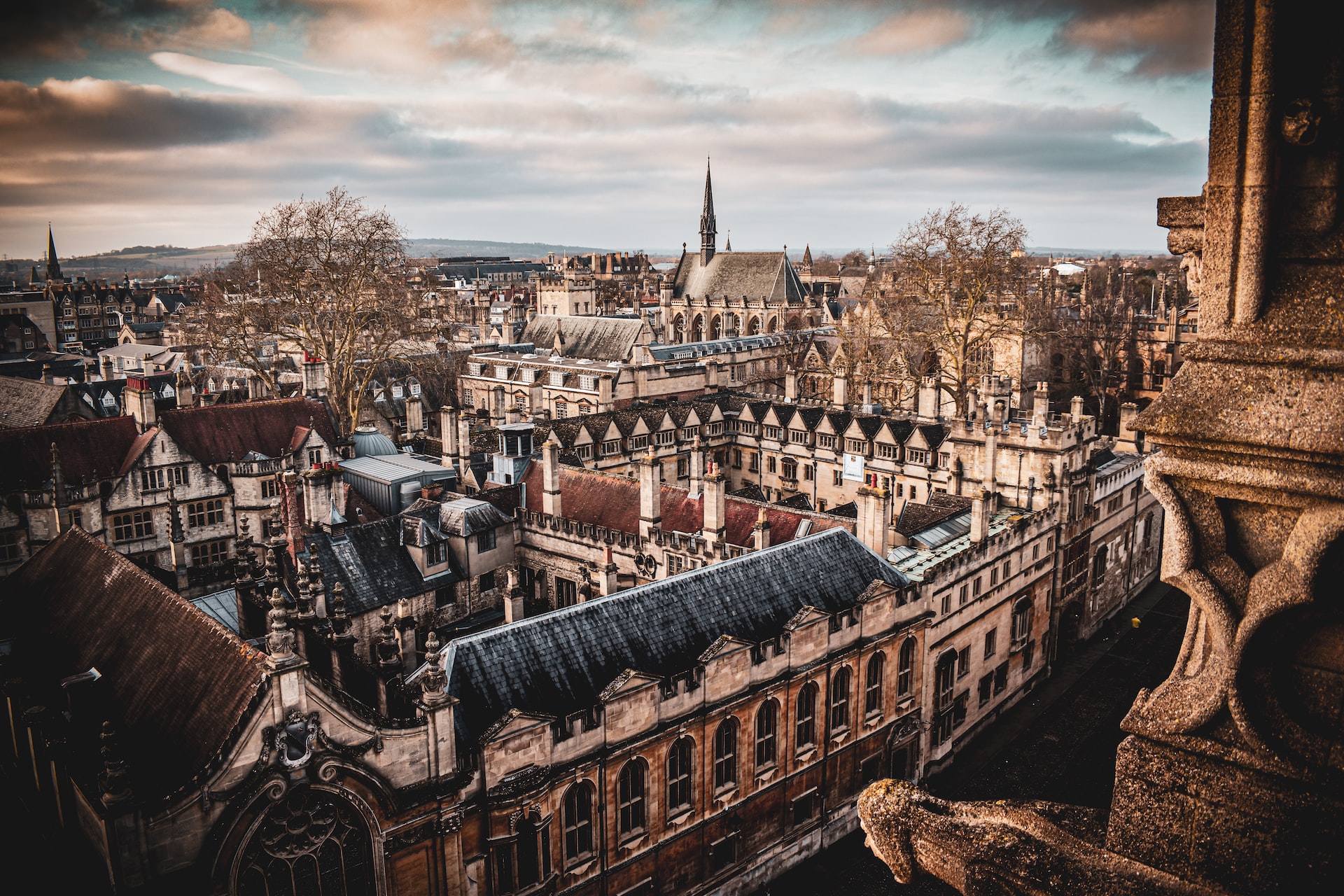 The beautiful city of Oxford is more than just the home to its namesake university. The tourism gateway to the rest of Oxfordshire, it offers a distinctive experience fuelled by ancient and modern architecture, museums and galleries, and libraries and gardens. The gardens, libraries, and museums of Oxford University alone attracted over 3.3 million visitors in 2019 while the Ashmolean and Bodleian libraries and Museum of Natural History feature in the top 20 and top 50 visitor attractions in England and the UK, respectively. The city centre can be covered on foot and offers picturesque walks, great spaces for reading, and artsy cinemas.

In 2019, Oxford accounted for over 7.8 million trips, holiday (61%) followed by business (23%) were the main reasons for travel, and accommodation accounted for 20% of expenditure. The city earned £456 million from stays alone.

According to AirDNA 2022 data for Oxford: 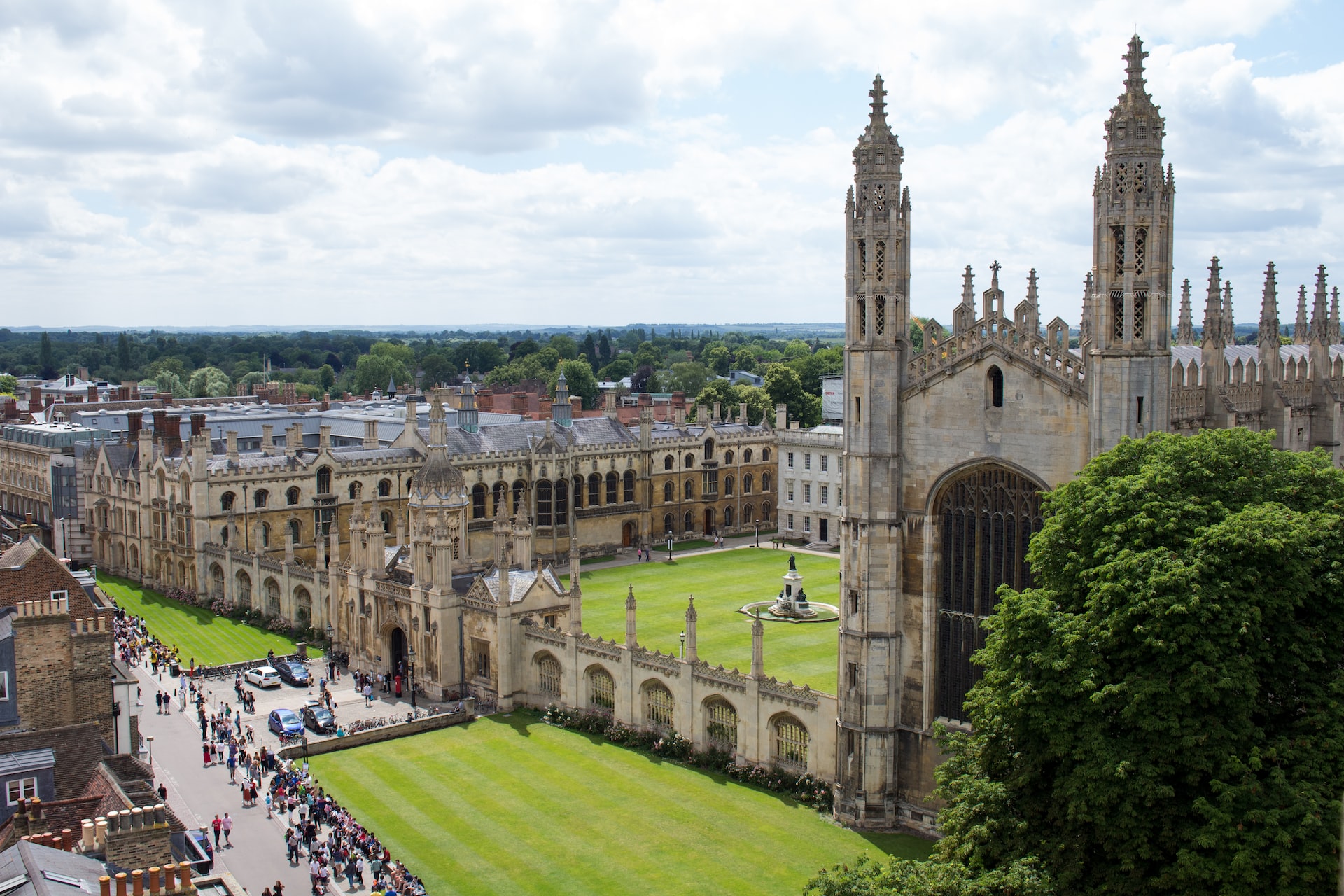 Sophisticated and compact, with the River Cam running through its heart, Cambridge is a campus city. Its remarkable architecture, green spaces, easy locomotion – via bicycle or foot, 8 university museums, and proximity to London saw it attract 8.1 million visitors in 2019 boosting its economy by £867 million.

A city for all seasons, 30% of its visitors visit for a holiday and engage far more in cultural activities such as visiting castles and historic parks and houses. Overseas holiday visitors tend to be older than the average holiday visitor to the UK and are more likely to visit during Summer. August is the busiest month for tourism in Cambridge.

According to AirDNA 2022 data for Cambridge: 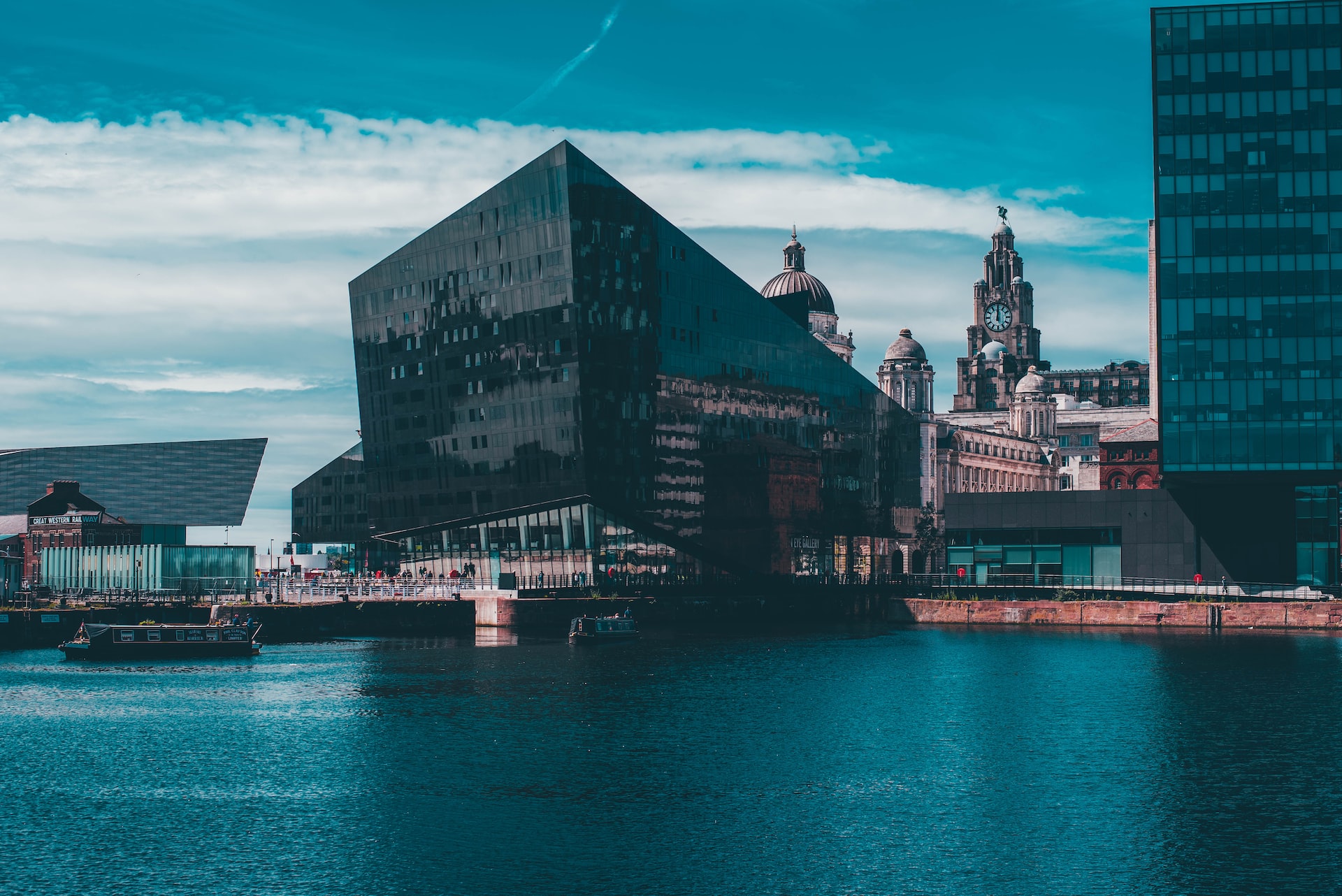 Liverpool is best known for being home to the Beatles and two legendary football teams, but it also has wonderful architecture, a vibrant waterfront, and great art and cultural offerings. Its people, known as Scousers, are very friendly and welcoming and have a great sense of humour. Together with plenty of Beatles attractions, great food, hip nightlife, a list of galleries and museums, and a plethora of architecture dating back to 1500 including Speke Hall, it has more than enough to keep tourists happy and engaged. In 2020, Mersey Ferries, World Museum, Museum of Liverpool, Merseyside Maritime Museum, and Tate Liverpool were the top attractions.

According to 2022 AirDNA data for Liverpool: 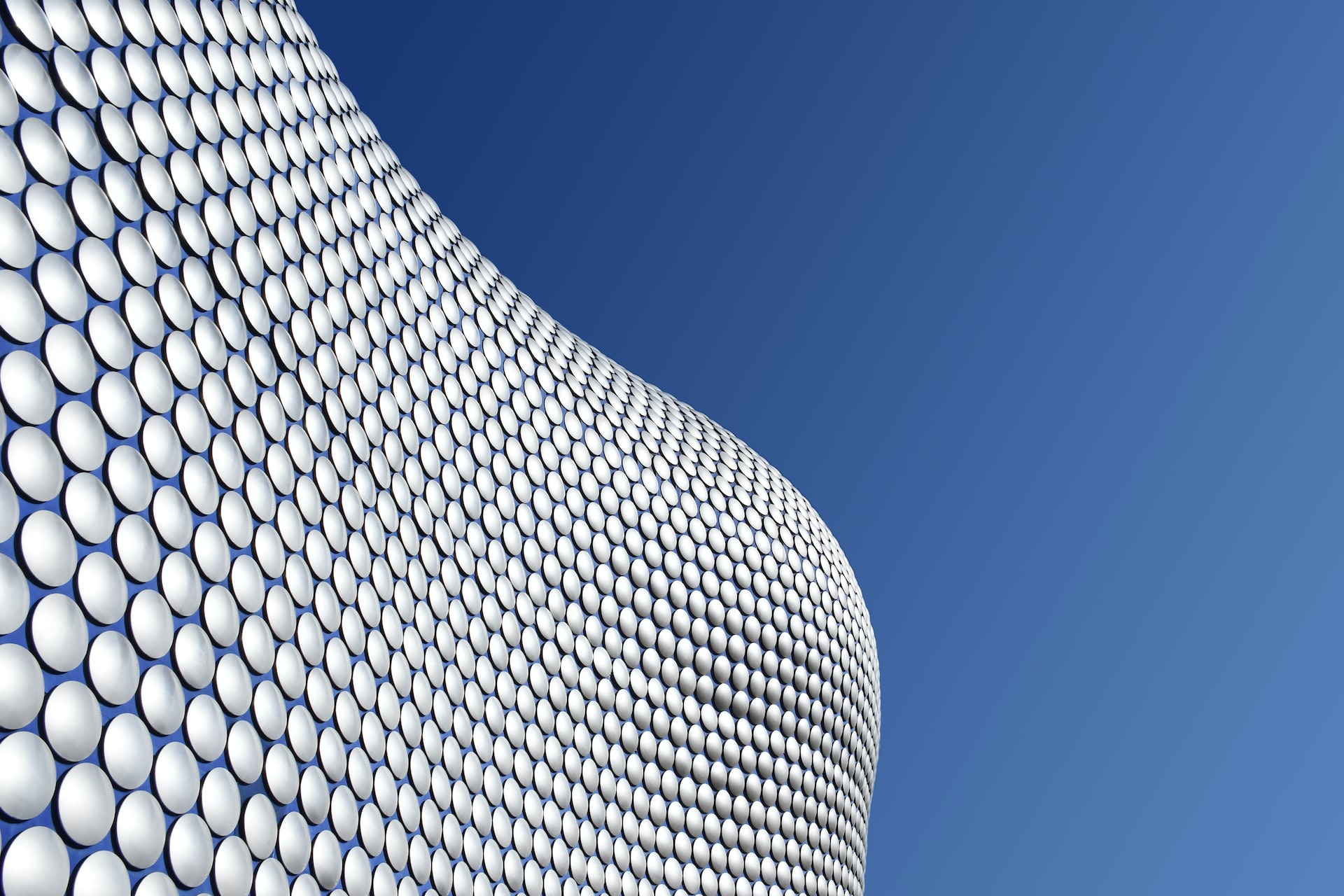 It may not sound like it but Birmingham is one of the most diverse cities in Europe, home to over 180 nationalities and more canals than Venice in Italy. It is one of the fastest growing cities in the country drawing an increasing number of business travellers who can also enjoy the five Michelin starred restaurants in the city. Its two main football teams, Aston Villa and Birmingham City, attract tens of thousands of football fans each week while Edgbaston Cricket Ground regularly hosts international teams. In 2022, the city drew over 5 million visitors during the two-weeks beginning 25 July for the Commonwealth Games with 455,556 visitors recorded on the busiest day. The city is not short of arts and culture offerings either with the Birmingham Museum and Art Gallery, Library of Birmingham, and a plethora of independent music venues.

Birmingham drew the highest number of visits – 3.3 million – in the West Midlands region in 2019, where an average of 7 nights per visit and £1 billion in spend was recorded. Business (38%) and visiting friends and relatives (36%) were the most popular reasons for visiting. The University of Birmingham is a major purveyor of long stay visitors to the city including researchers, teachers, and international students from over 150 countries.

According to 2022 AirDNA data for Birmingham: 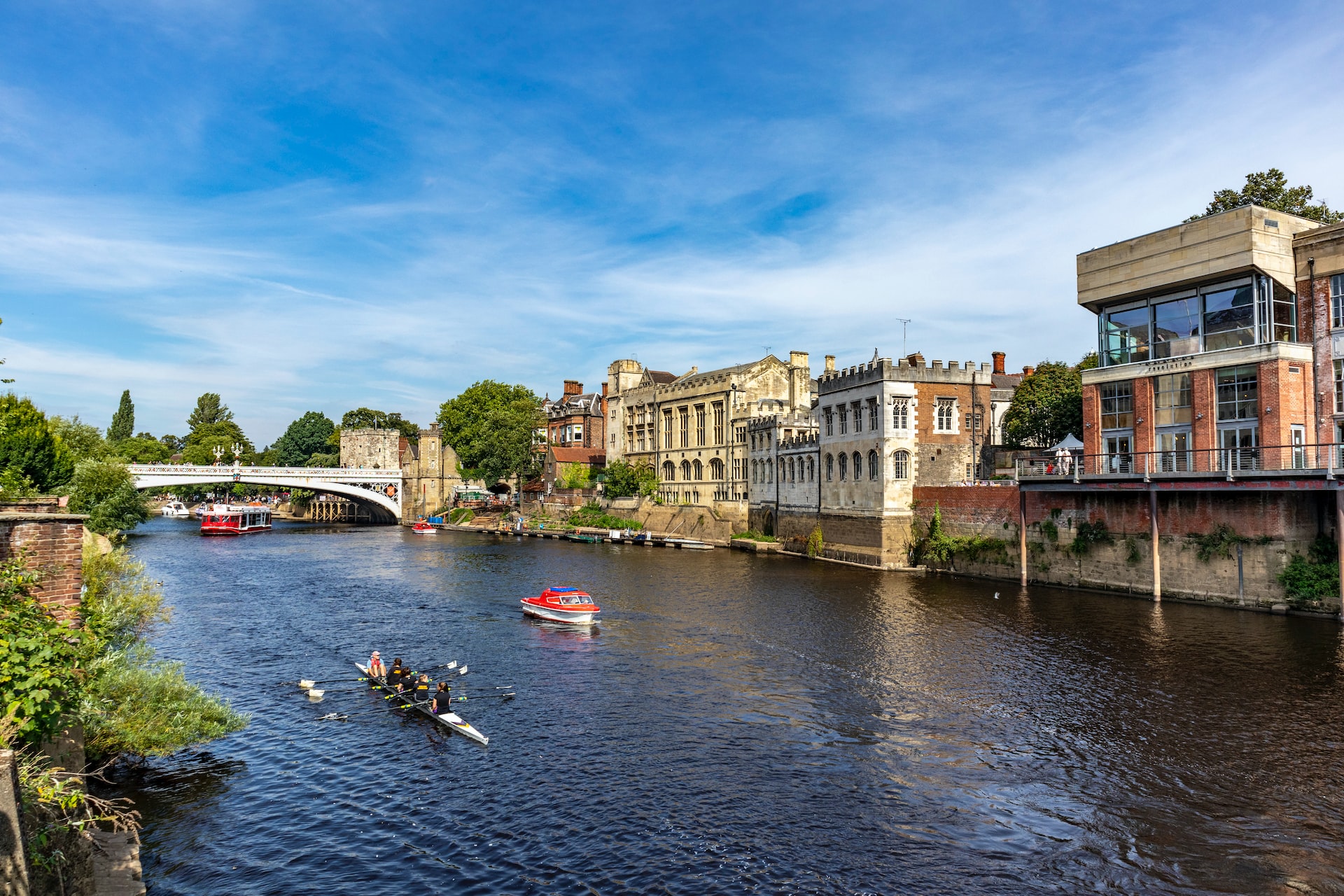 A tourist destination since its founding by Romans in 71 AD, York is a lively festival city that also prides itself on being dog-friendly. It is home to the original Jorvik Viking village, the National Railway Museum, the iconic York City Walls – the longest medieval walls in England, the grand and famous York Race Course, and the most picturesque street in the UK, the medieval cobbled Shambles. Dotted with medieval castles and castles, York also hosts a variety of unique experiences like the York Ghost Walk, the Lucky Cat Trail, and a guided tour of the history of chocolate and York.

York welcomes 8.4 million visitors each year contributing £765 million to the city’s economy. It also attracts nearly 900,000 business and other travellers attending conferences and events in the city. In 2019, the city recorded over 3 million visits to its attractions alone.

According to the 2021 VisitYork Visitor Survey Annual Report, 51% of visitors stayed overnight with 84% staying for up to 3 nights. Sixty-two percent chose to stay in hotels, 16% in self catering accommodation, 12% in B&Bs and guesthouses, and 6% in inns and pubs. Booking.com was the most popular method of booking accommodation (45%) with only 8% using Airbnb. The average size of a visiting party was 2.17, with 14% of groups including children (below 16 years of age) while 43% included visitors aged 55-64 years. Ninety-seven percent of visitors rated their experience as good or very good, 78% stated they would return in the next 2 years, and 85% said they would recommend York to a friend.

According to September 2022 AlltheRooms data for York: 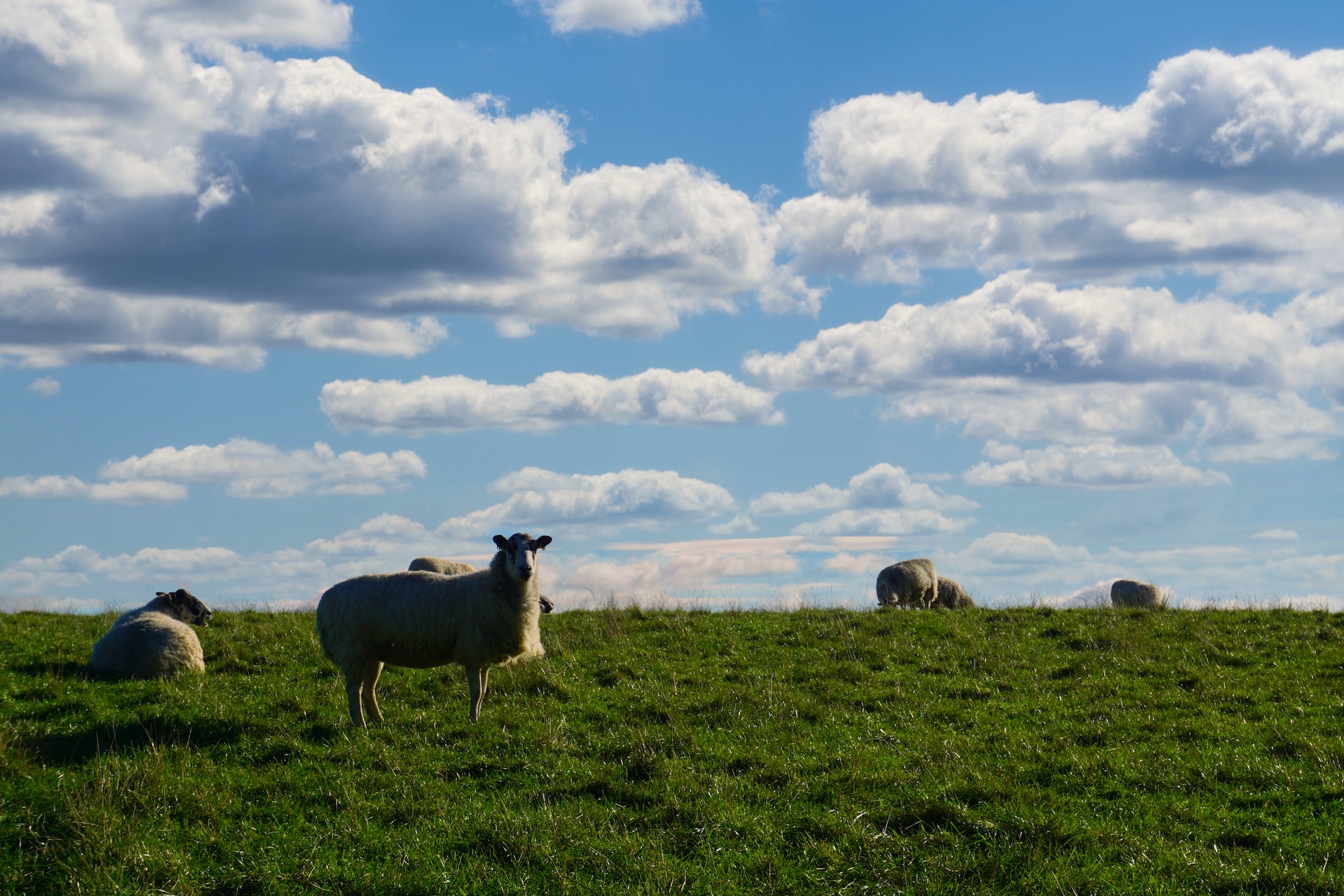 Located in the northeast of England, Durham city is a fine mix of history and modern entertainment. The city is home to Durham Cathedral, the central place of pilgrimage in medieval England, 12 castles and historic houses as well as Diggerland, a theme park dedicated to diggers. It has a diversity of theatres such as the Gala Theatre and The Assembly Rooms, magnificent gardens, fantastic nightlife, and just out of city limits is space for adrenaline junkies with activities like rage buggies, quad bikes, and clay pigeon shooting. The River Wear flows through the city in a loop making for great walking and cycling routes along its banks while its gorgeous coastline is known as much for its wildlife as its stunning views and pre-Viking churches. Durham also houses both the Bowes and Beamish Museums.

According to September 2022 AlltheRooms data for Durham: 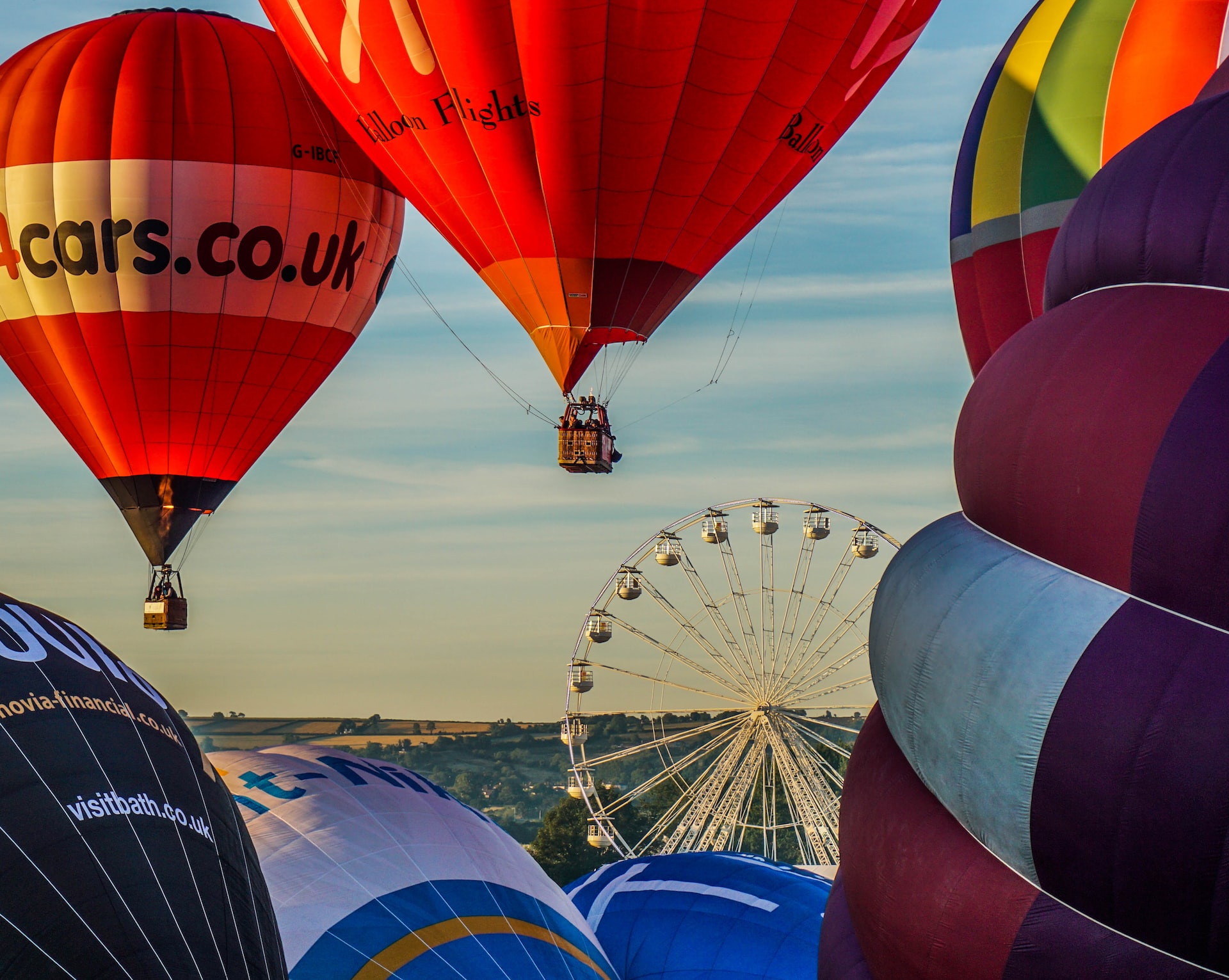 A university city known for hosting unique events ranging from Caribbean carnivals to ballooning fiestas, Bristol has much to offer the visitor. From the Clifton Suspension bridge that many choose to walk or cycle across to the ss Great Britain museum to the Bristol Zoo Gardens and the Georgian market hall St Nick’s. The birthplace of Banksy, the city has plenty of art offerings from 3D street art to galleries like Arbolfini, museums like M Shed, cinemas like the Watershed on the waterfront, and plenty of Banksy’s graffiti art including the ‘Well Hung Lover’. Bristol is also known for its exciting nightlife including speakeasies, dive bars and clubs, and fantastic shopping.

Bristol is the 8th most visited city or town in the UK by international visitors, who account for 25% of staying trips and 49% of all staying nights. In 2019, Bristol recorded over 2.5 million staying visitor trips who spent over £578 million.

According to September 2022 AlltheRooms data for Bristol: 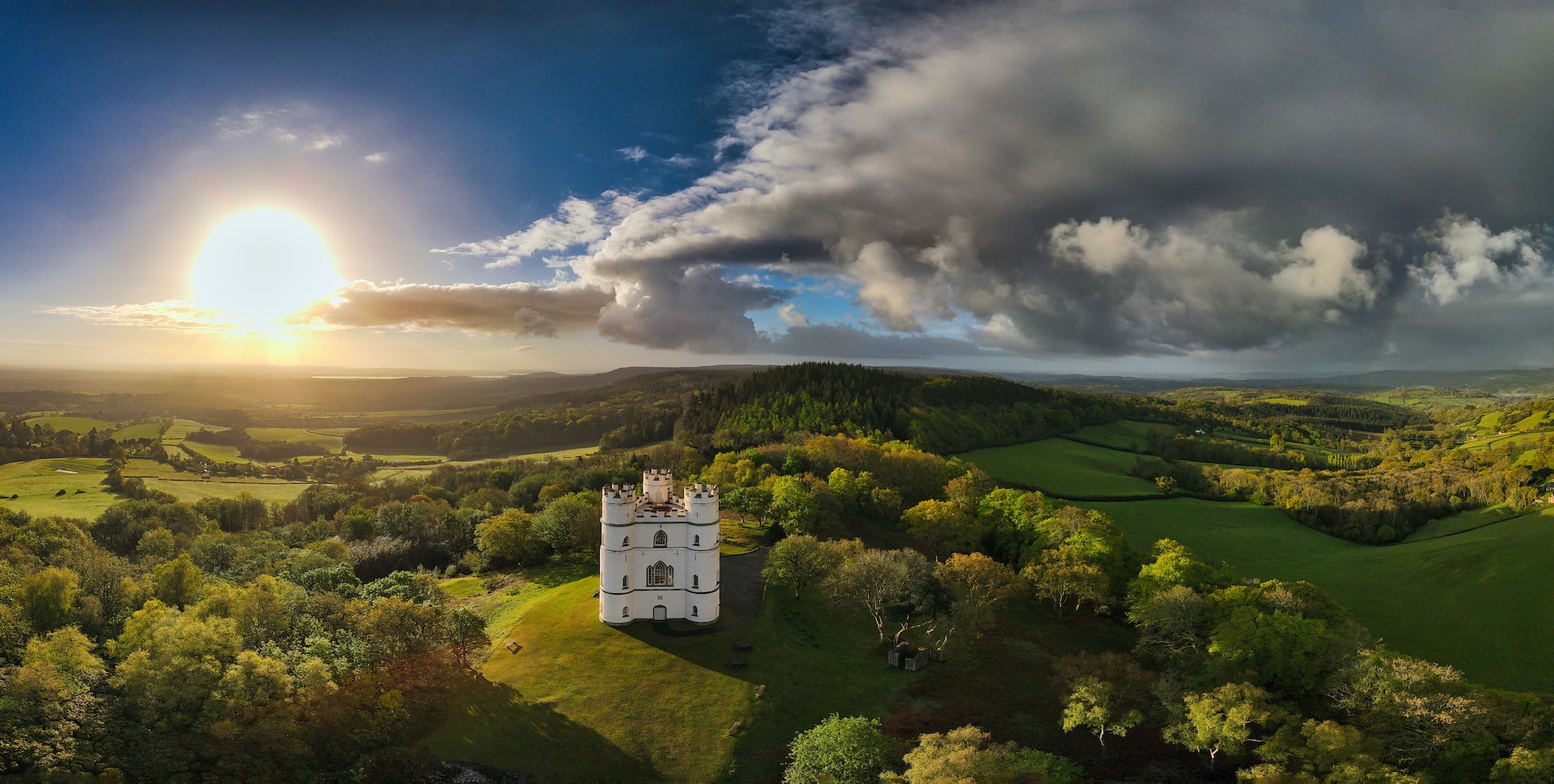 Exeter is one of the most historical cities in England, with underground passages, ancient cathedrals, and a plethora of museums, galleries, activities, and tours to enjoy the history seeped in this city. It is also a great shopping destination and has plenty of beautiful beaches to satisfy everyone. Home to Exeter City FC and Exeter Chiefs, the city also has much to offer to the sports-minded tourist including horse riding, kayaking, and cycling.

According to September 2022 AlltheRooms data for Exeter: