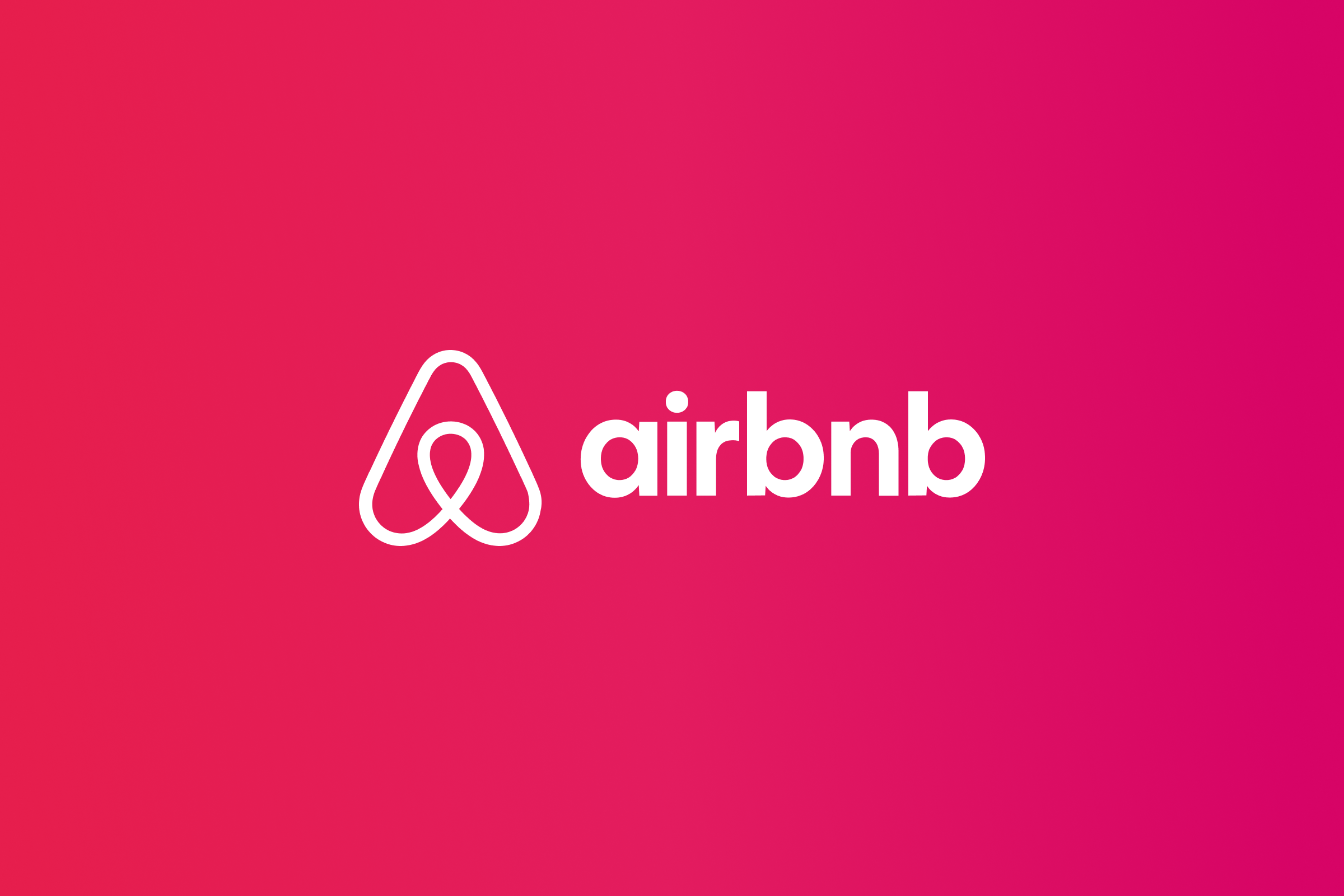 “If you were in the position of not being able to afford to pay your rent, what will you do?”

Find out how Airbnb began, how its founders were inspired, and how the company's success came about.

An Inspired Start - The Founding Story of Airbnb

Airbnb's story as a startup is fascinating. Brian Chesky and Joe Gebbia were roommates in San Francisco in 2007, and they were anxious about not being able to pay their rent since they didn't have any. The duo found out about the design conference planned to take place in San Francisco one weekend while looking for methods to pay the rent and discovered that all of the hotels in the city were sold out.

As a result, Gebbia wrote Chesky with an idea: What if they turned their loft into a designer's bed and breakfast, with a sleeping mat and breakfast included? They opted to welcome some conference attendees in their room right away as a way of "making some bucks." They bought three airbeds and hosted three guests, effectively initiating the bed and breakfast business.

Their first guests were two men and one woman who showed up. Each guest paid $80 to spend the night on an air mattress. After the guests had left, Joe and Brian discussed the idea further and agreed to move forward. Together, they realized how big their idea could be. They invited Nathan Blecharczyk, one of Joe’s old roommates and brilliant developer, to join them and to create a website for their idea. They called it 'Air Bed and Breakfast' then. The three co-founders, Brian Chesky, Joe Gebbia, and Nathan Blecharczyk went on to launch their website named Airbedandbreakfast.com.

Get Acquainted with the Founders 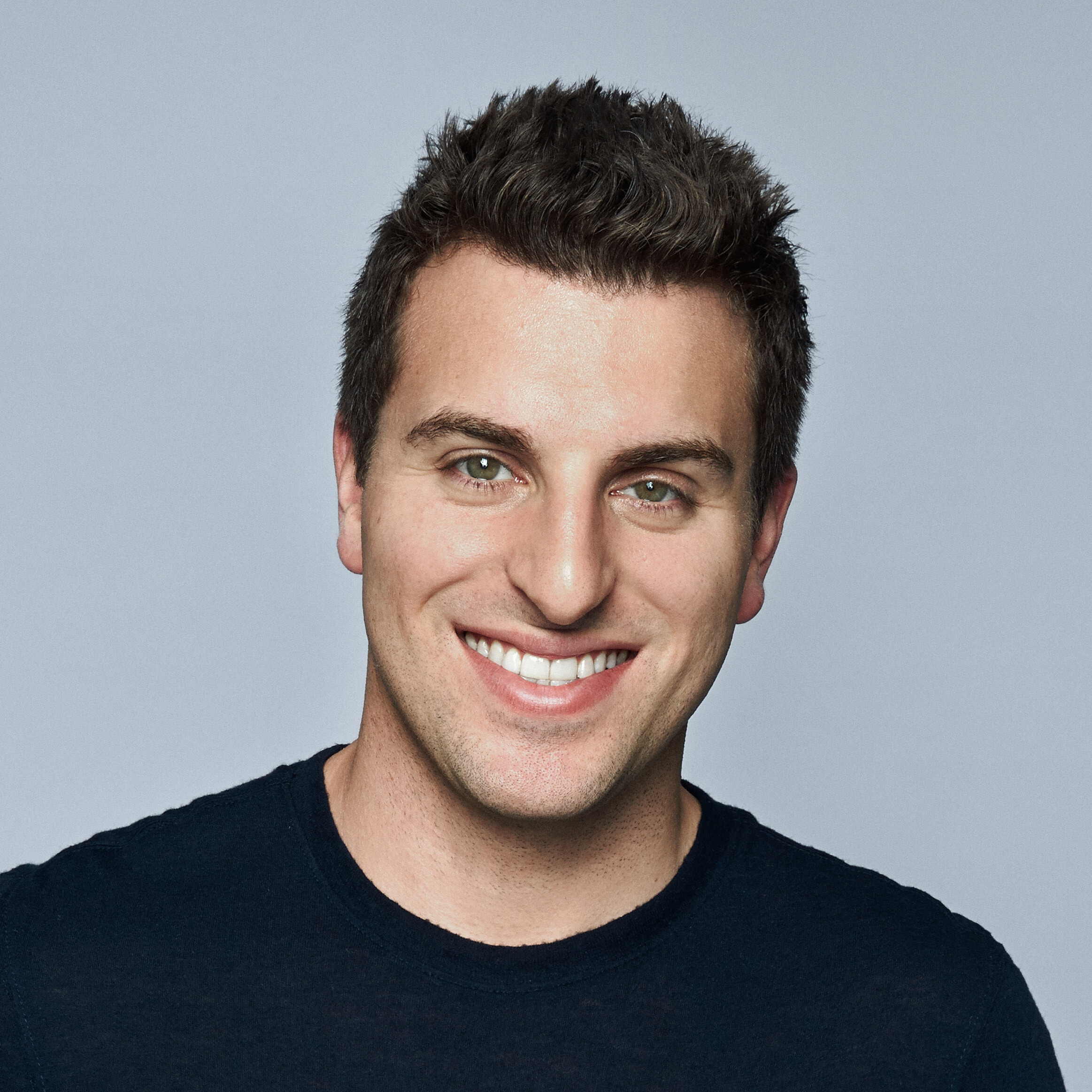 Brian Chesky is the co-founder and Chief Executive Officer of Airbnb and sets the vision and strategy for the company. In 2007, Brian and Joe Gebbia became Airbnb’s first hosts. Since then, Brian has overseen Airbnb’s growth to become a community of over four million hosts who have welcomed more than 800 million guests across 220+ countries and regions.

A graduate of the Rhode Island School of Design, Brian has embedded his creative roots in Airbnb’s culture, product, and community. This design-driven approach has enabled a system of trust that allows strangers to live together and created a unique business model that facilitates connection and belonging.

Brian is a signatory to the Giving Pledge, and has committed to donating the net proceeds of his CEO equity compensation to the community, philanthropic and charitable causes. Originally from Niskayuna, New York, Brian is an Airbnb Experience host in San Francisco. 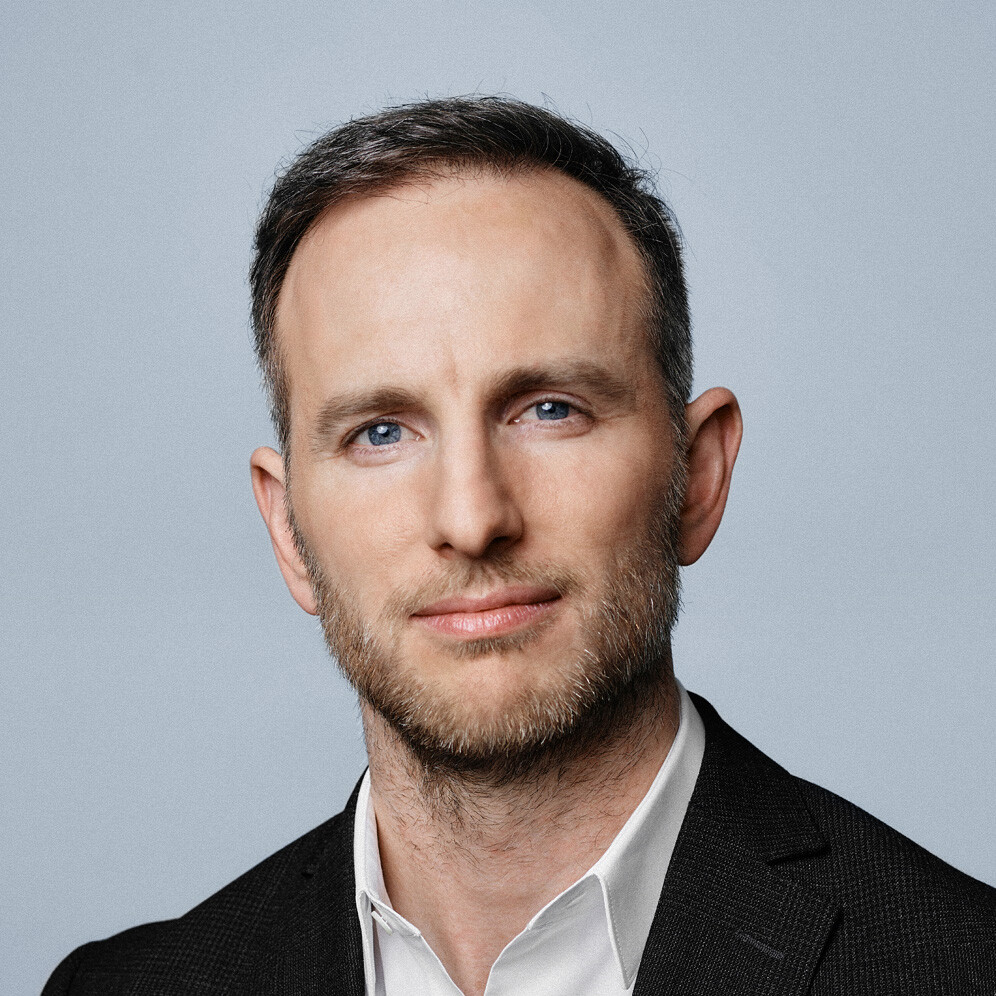 Joe Gebbia is the co-founder of Airbnb and serves as Chairman of Samara and Airbnb.org. Joe leads Samara, Airbnb’s future-orientated product development team, and is the Chairman of Airbnb.org, a new, independently operated 501(c)3. As a community-powered non-profit, Airbnb.org helps to connect those in crisis with places for them to stay as part of our emergency response efforts related to natural disasters, and most recently the COVID-19 pandemic.

Joe began his life as an artist and graduated from the Rhode Island School of Design (RISD) where he earned dual degrees in Graphic Design and Industrial Design, and currently serves on the RISD Board of Trustees. Joe is an Airbnb.org host and signatory to the Giving Pledge. 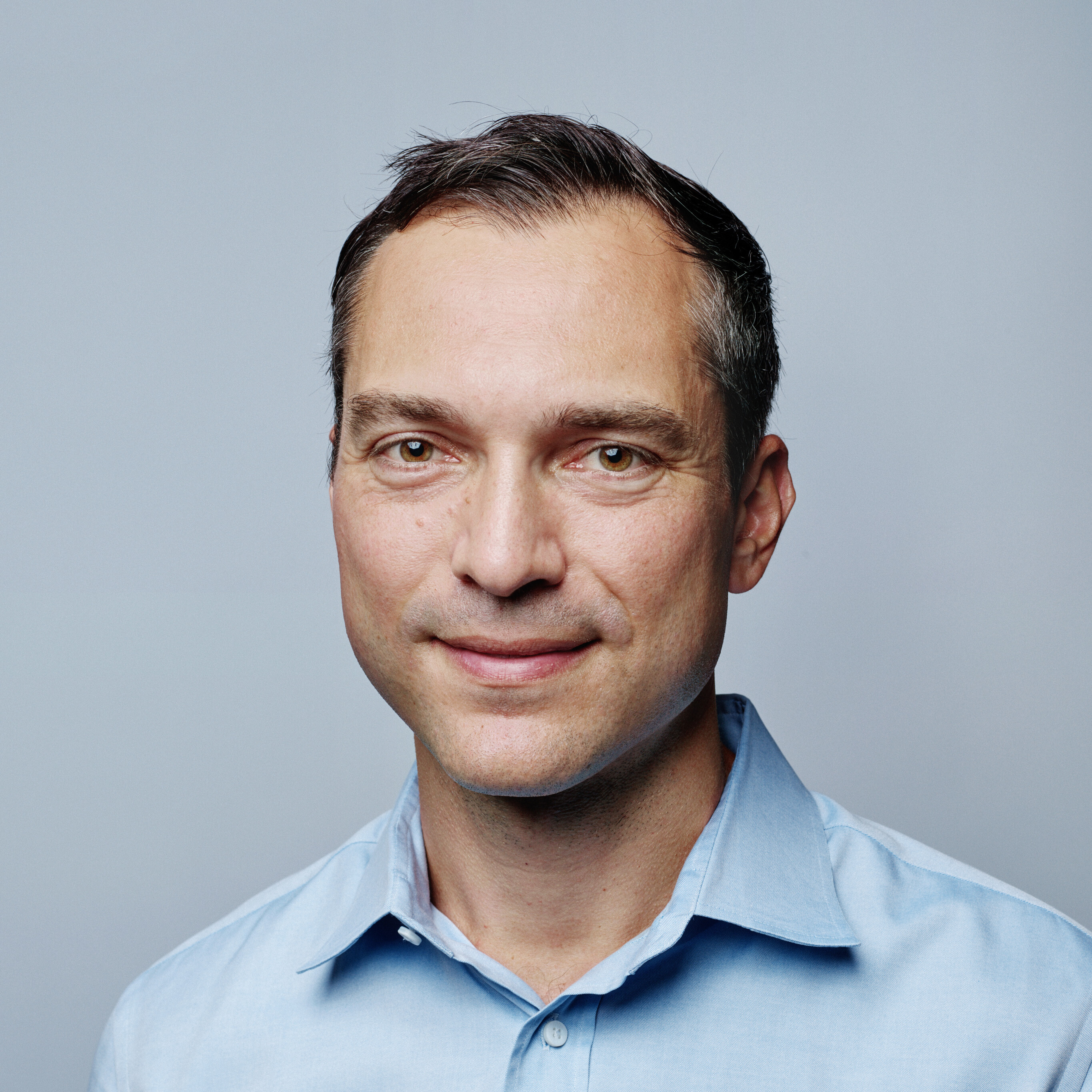 Nate Blecharczyk is the co-founder of Airbnb, Chief Strategy Officer, and Chairman of Airbnb China. Nate plays a leading role in driving key strategic initiatives across the global business, particularly those which require a combined understanding of the business, product, and data. Recently, he oversaw the creation of the Airbnb City Portal, an industry-first software solution that addresses the needs of cities relating to short-term rentals. Previously, Nate oversaw the creation of Airbnb’s engineering, data science, payments, and performance marketing teams.

Nate holds a Bachelor of Science degree in Computer Science from Harvard University. As a guest, Nate has stayed in hundreds of homes using Airbnb and he is also a host in San Francisco, where he lives with his family. Nate and his wife Elizabeth are signatories to the Giving Pledge.

The Story of Airbnb's Growth

The Airbnb founders then attempted to establish the company several times since 2008. One instance occurred during the SXSW 2008 Conference, when the website only received two bookings, one of which was Chesky himself. Second, after learning from past mistakes that a lack of rooms led to people looking for other places to stay, the team tried again for the 2008 Democratic National Convention in Denver, with disastrous effects. While the team was able to gain media exposure, they were unable to gain user traction. The “Trough of Sorrows” was the name given to this portion of the Airbnb company story by Airbnb founder Brian Chesky. Airbnb, which was buried in debt, was in desperate need of cash. So what do you think happened next? 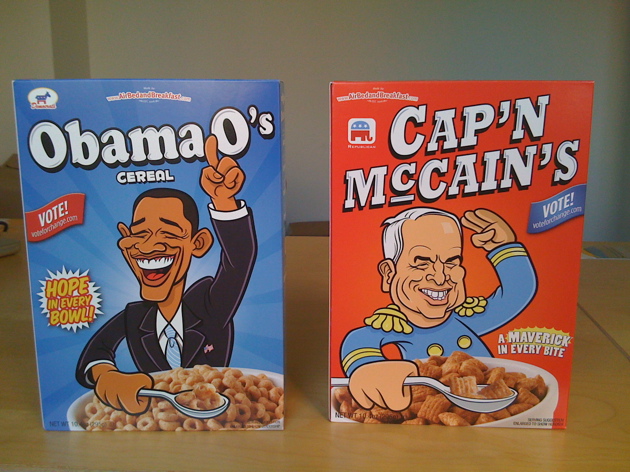 Obama O’s and Cap'N McCains to the Rescue

For this resilient trio - finding investors and generating revenue was an unconventional process. Chesky decided to concentrate on the breakfast side of the equation because the "bed" part of the "bed and breakfast" was not picking up as planned.

Chesky and Gebbia created presidential-themed breakfast cereals - The Obama O's - Barack Obama and “Cap'N McCains” John McCain cereal to capitalize on election fever. Each limited-edition cereal box sold for $40, and the founders numbered and handcrafted each box. It kept the trio afloat for a few months.

This effort helped settle some of the debt with the proceeds from the cereal boxes and obtained some national press coverage as a result. In November 2008, Y Combinator founder Paul Graham was skeptical about Airbnb's business model. However, through the presidential-themed cereal boxes, Paul was won over by the founders' spirit and passion.

Airbnb's acceptance into the Y Combinator program pushed the Airbnb founder to make the company ramen-profitable by demo day. A recession was brewing. On demo day, it was very likely that no investors would show up. Usually, by the end of the program, each startup aims to be ramen-profitable in order to prepare for this possibility. (Ramen-profitable means that the business is profitable even if you just eat ramen.)

As a result of $20,000 seed funding, a clear goal, and a rational work structure, Airbnb's founders ventured on to New York, where a majority of their community lived. During this point in Airbnb's journey, things were going well. The next three months were dedicated to customer relationships. The founders also offered support for their hosts in addition to uploading photos. This included advice on how to make guests' stays memorable.

As a result of the Y Combinator program, the founders created a group of loyal customers who helped grow the company's customer base. Sequoia Capital also invested $600,000 in Airbnb. The company was unstoppable from this point forward.

The Trio with a Vision and Mission

Airbnb's mission statement is, "To create a world where anyone can belong anywhere". Through their loyal employees and dedicated hosts, they were eager to accomplish this goal. Since then, Airbnb has grown and developed. Initially, they stated that they would unlock unique experiences across the globe. Now, they call themselves "Belong Anywhere". No matter where customers are in exploring the world of their dreams, they strive to make them feel at home at all times.

The Name that Revolutionized the Industry

Today, Airbnb is a world-renowned brand that has disrupted the hospitality industry and adapted into a medium for millions of people around the world to enjoy affordable, intimate, non-manufactured holidays.

The Birth of Belo

Previously, Airbnb's logo displayed its full name, Airbed and Breakfast. The logo was also reduced to Airbnb written in blue shortly after the company was renamed in 2009.

In 2014, the company changed the logo to a symbol they call The Belo, claiming it represents belonging in the universal sense. The Belo logo is composed of four symbols that represent People, Places, Love, and Airbnb when combined together.

Synopsis of Business Structure and Revenue

Airbnb is an online platform that connects people in need of accommodation with hosts willing to rent out their houses. Airbnb helps hosts find guests by allowing them to display their properties for free on their platform. On the other hand, customers have the option of choosing their accommodations from a wide variety of places showcased, according to their requirements. The payment is collected online, retained until 24 hours after guest check-in, and then paid to the host.

Airbnb’s revenue is derived from both the host and guest commissions. Each transaction is charged at 3% to the hosts and at 14% to the guests.

Airbnb was founded in 2007 by two hosts who welcomed three guests to their home in San Francisco and has since grown to four million host homes welcoming 1 billion guests internationally. Every day, hosts offer guests the chance to experience the world in an authentic, connected way.

Airbnb has secured a total of $6 billion in funding since 2008 when it was founded. Airbnb's market valuation exceeded $100 billion after going public in December 2020, and it is considered to be the largest IPO in the history of the United States.

Shares of their company rose 113% from $68 to $144 per share, a record high. This was one of the biggest gains in US history on the first day.