The Raleigh-Durham-Cary combined statistical area is the second-largest metropolitan area in the state, with a population of over 2 million people, and is home to the largest research park in the United States, Research Triangle Park.

Why do people visit North Carolina?

North Carolina is an alluring destination year-round with its diverse landscapes, historic sights, and thriving arts and culture. Its mountain ranges offer a majestic setting for skiing, horseback riding, and hiking while its Atlantic coastline entices visitors to relax on its spectacular beaches or enjoy an ample range of activities like fishing, surfing, and kayaking.

Read on to find out the best Airbnb Vacation Rental cities in North Carolina.

What are the Best Airbnb Vacation Rental Cities in North Carolina 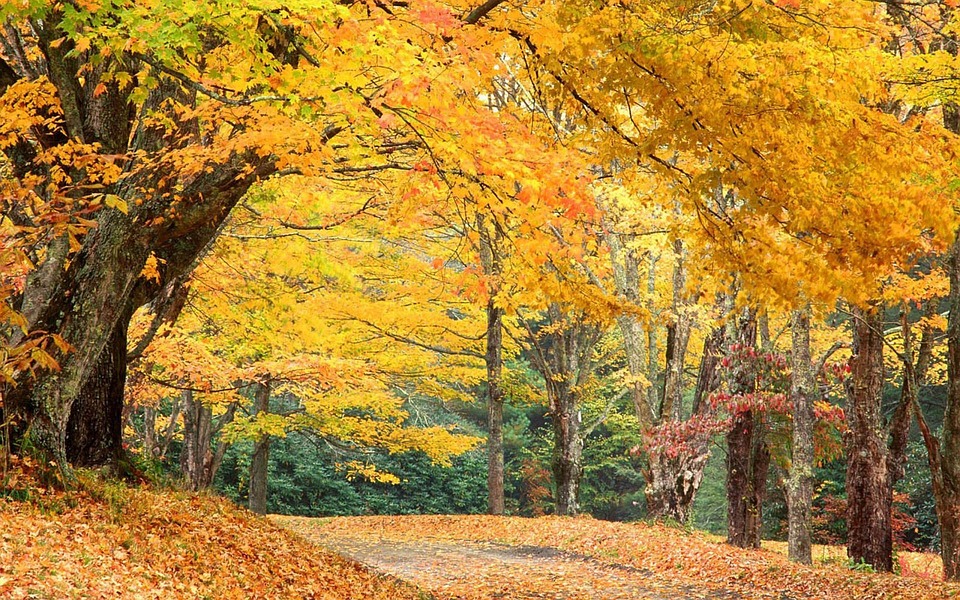 Raleigh is the capital of the state of North Carolina and its second-most populous city. It’s known for its universities, including North Carolina State University. The number of technology and scholarly institutions around Raleigh, Chapel Hill, and Durham make the area known as the Research Triangle. The North Carolina State Capitol is a 19th-century Greek Revival–style building with a statue of George Washington dressed as a Roman general in its rotunda.

Most guests seen: March to May

Asheville is a city in western North Carolina’s Blue Ridge Mountains. Asheville is a small but vibrant city, best known for its art, culture, and beer. The dome-topped Basilica of Saint Lawrence is one of its popular historical attractions. It is often packed with tourist attractions that range from eateries to museums and from parks to galleries.

Most guests seen: March to May and September to early November. 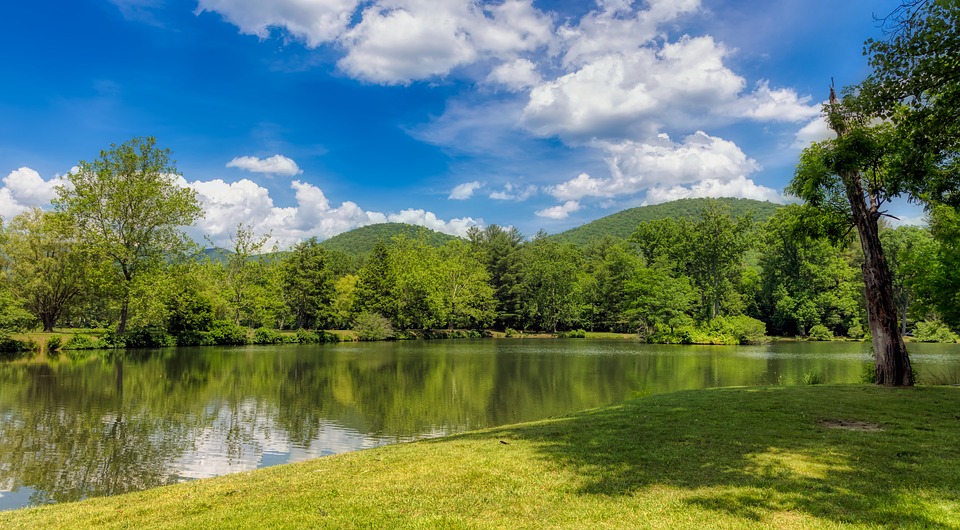 Black Mountain, located 15 miles from Asheville on the eastern edge of Buncombe County, is a quintessential small town, complete with a charming and walkable downtown, a thriving arts and crafts scene, and access to incredible outdoor adventure. Among its accolades in recent years, Black Mountain has been named the “Prettiest Small Town in America” by readers of TripAdvisor, and for good reason.

Popular activities in Black Mountain include:

Waynesville, North Carolina, is the largest town in Western North Carolina. Downtown Waynesville comprises of a surprising number of fine galleries and specialty shops and has a quaint, urban charm, perfect for walkable shopping in local boutiques and gift shops for artisan goods. For visitors interested in enjoying a unique, flavorful Appalachian experience, Waynesville offers a vibrant farm-to-table restaurant and craft beer scene. Its proximity to popular hiking trails and waterfalls, Great Smoky Mountains National Park, and the Blue Ridge Parkway make it a perfect vacation destination for those looking to explore the great outdoors.

Most guests seen: June to August 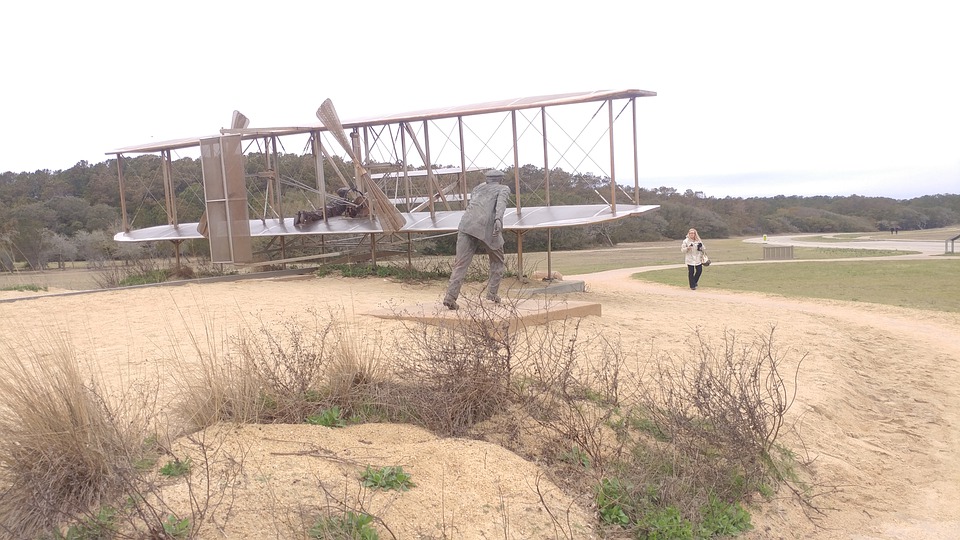 Located on the Outer Banks of North Carolina, the Town of Kitty Hawk offers year-round residents and visitors alike a unique and relaxing environment. The Town consists of a thriving village that has been around for generations, a newer beach community of residential cottages, and a maritime forest called Kitty Hawk Woods, featuring a wide variety of plant and animal life where visitors can enjoy quiet nature trails.

Fun fact: Kitty Hawk served as headquarters for the Wright Brothers, and to celebrate this human achievement, local governments and private companies partnered to install the Monument to a Century of Flight

Most guests seen: between March and May or September and November

Fairview, a comfortable community located some 11 miles southeast of Asheville, possesses a rural, small-town feel while still offering proximity to Asheville and Black Mountain. It has a population of just under 3000. This town was settled in the late 18th century and was briefly known as Cane Creek. The Cane Creek Baptist Church, established in 1806, continues to meet and is one of the oldest churches in Buncombe County. Fairview is less than 10 miles from Black Mountain and is part of the Asheville Metropolitan statistical area.

Most guests seen: from early May to mid-June and from late August to mid-October. 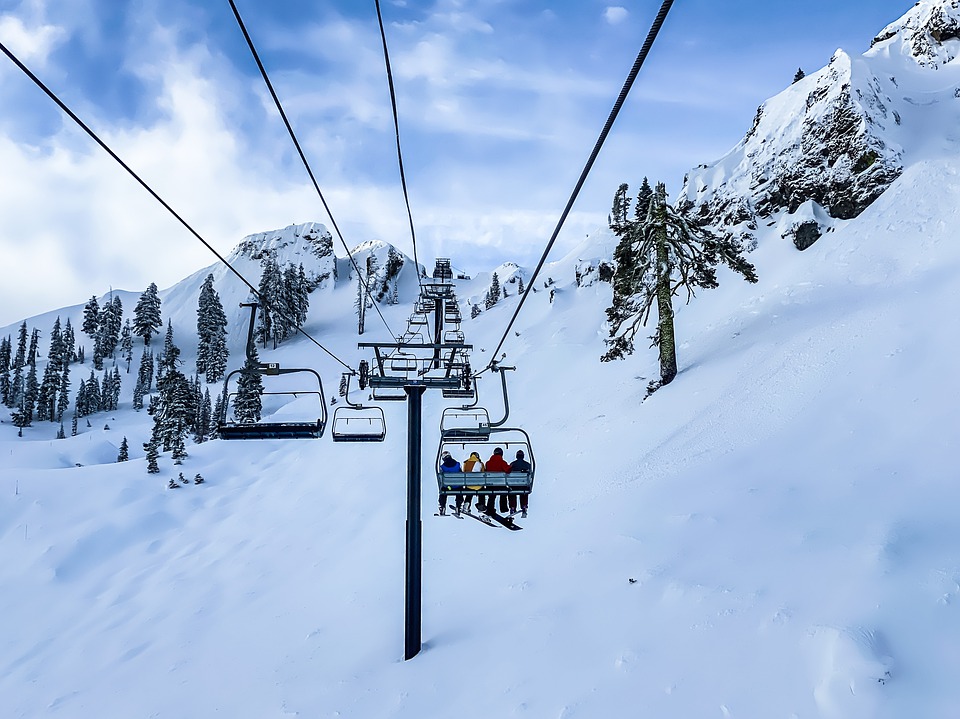 Boone, NC is a charming historical town located in the Blue Ridge Mountains of western North Carolina. The home of Appalachian State University, it has a lively student-town spirit while also retaining the ruggedness associated with its past, which is closely linked to the legendary explorer Daniel Boone. The surrounding area offers some of the country's best outdoor adventures, with fast, clear rivers perfect for rafting or kayaking.

Rodanthe is part of a cluster of villages located on Hatteras Island, North Carolina made popular by the 2008 movie based on the 2002 novel by Nicholas Sparks, “Nights in Rodanthe”. The community of Rodanthe is a popular tourist area where the spring and summer see an influx of guests from all over the country. It is surrounded by the Cape Hatteras National Seashore, which stretches over 70 miles. Access to the sound is terrific for kiteboarding and windsurfing fanatics. Touring the lighthouses, camping, exploring, sightseeing, and spending days at the beach are popular activities.

Most guests seen: between March and May or September and November

Bryson City is popular for waterfalls, hiking, rafting, food, and shopping. Since this jewel of small town America offers so much to do, it's one of the top "Cool Mountain Towns" in western North Carolina.

The city is a paradise for outdoor and nature lovers since much of the county is part of the Great Smoky Mountains National Park. It's a whitewater rafting mecca, with the Nantahala River cascading through the Gorge and Nantahala National Forest. ABC’s Good Morning America’s “Vacationland” series named the Nantahala River the number one place to spend a wet and wild vacation in the U.S. In fact, the Smithsonian named Bryson City as one of the "20 Best Small Towns to Visit."

Most guests seen: November and December

Oak Island is a beach town in North Carolina. It’s separated from the mainland by the Intracoastal Waterway. The Atlantic coast is lined with beaches, and fishermen gather at the long Ocean Crest Pier. The Oak Island Nature Center has trails, plus displays on fossils and native animals. To the east, Oak Island Lighthouse has sweeping views over Caswell Beach and Bald Head Island.